Oleg Khaykin has served as a director since May 2016. Mr. Khaykin has also served as the President and Chief Executive Officer and a member of the board of directors of Viavi Solutions, a leading provider of network and service enablement solutions, since February 2016. Prior to joining Viavi, Mr. Khaykin was a Senior Advisor at Silver Lake Partners. From March 2008 to January 2015 he was President and CEO and a member of the board of directors of International Rectifier, a leading maker of power semiconductors, which was acquired by Infineon Technology AG. Before joining International Rectifier, Mr. Khaykin served most recently as the Chief Operating Officer of Amkor Technology, Inc., a leading provider of semiconductor assembly and test services, which he joined in 2003 as Executive Vice President of Strategy and Business Development. He previously held positions with Conexant Systems and its spinoff Mindspeed Technologies, Inc., as well as The Boston Consulting Group. Mr. Khaykin serves as a director of Newport Corporation. Mr. Khaykin was previously a member of the board of directors of Zarlink Semiconductor Inc. 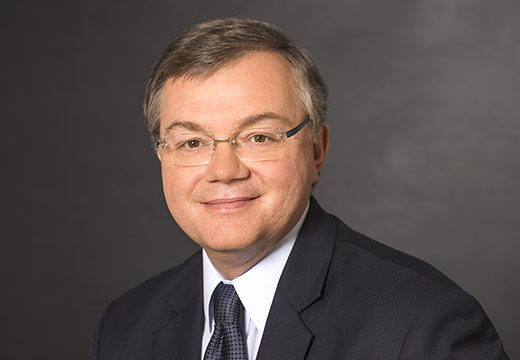